New “employment discrimination laws” will have significant impact on employers 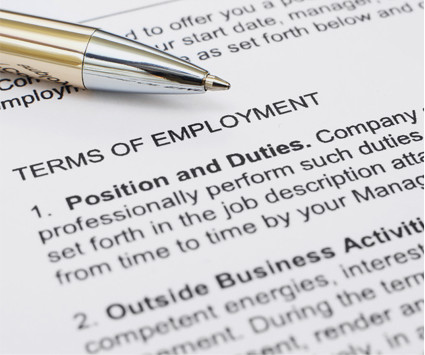 Written by our employment lawyers in Virginia Beach

Virginia has historically been a very “employer friendly” state when it comes to dealing with disputes between employers and their workers. However, this stance was reversed recently when Governor Ralph Northam endorsed the Virginia Values Act (“VVA”) along with other legislation. These new laws strengthen the ability of employees to file suit against their employers for a number of reasons.

For more than a decade, our employment lawyers in Virginia Beach have handled employment discrimination cases for individuals throughout Hampton Roads, including Norfolk, Chesapeake, and Portsmouth.

According to KRS Law employment lawyer Greg Klein, the most impactful new laws are:

2.  The Virginia Human Rights Act is repealed. The Virginia Human Rights Act prohibited unlawful discharge on the basis of race, religion, or sex by employers with between five and fifteen employees. The remedy available was 12 months of backpay and attorney’s fees to be no greater than 25% of the award. Now, that law is replaced by the VVA. This means that the limited remedy of 12 months of backpay and limited attorney’s fees are replaced by compensatory damages, punitive damages, and uncapped attorney’s fees. Furthermore, this applies to employers of any size in Virginia Beach, Norfolk, Chesapeake, Portsmouth, and throughout Virginia who have at least 5 employees.

3.  Discrimination actions will now be filed in state court instead of federal court. Why does that matter? Previously, almost all employment discrimination actions were brought in federal court because state courts did not have jurisdiction. In federal court, the employer has a huge advantage because it would most likely prevail on a motion for summary judgment. This means that an employee’s case would rarely reach an actual jury. However, in state court, summary judgment is exceptionally difficult to obtain and this means that many cases which would have been dismissed in federal court will remain alive. This exposes businesses tremendously and causes many aggrieved employees to now have cognizable cases.

4.  Whistleblowers gain new rights. Prior to the enactment of this law, the ability of a whistleblower to sue was exceptionally limited in state court. However, an employee can now sue if an employer takes ANY retaliatory action against an employee for reporting a violation of law to a supervisor or the government. An employee who is found to have been retaliated against can now get unlimited compensation plus attorney’s fees.

5.  Restrictive covenants’ enforceability is now tougher. Many employers want their employees to enter into a “non-compete” agreement. Virginia has typically allowed such agreements in order to prevent competition viewed as “unfair.” However, the new law forbids employers from entering into or threatening to enforce a non-compete agreement against “low wage” employees. Those employees are defined as ones who earn on a weekly basis less that the average weekly wage of the state (currently estimated to be slightly less than $20 per hour). If an employer forces one of those “low wage” employees to enter into a non-compete agreement, employees can now sue for liquidated damages and attorneys’ fees. Furthermore, employers must post an approved notice in the workplace advising employees of their rights under this law.

If you believe you have been wrongfully treated by your employer, please call us at (757) 432-2500 or use our online form below.

We understand the significant personal and often financial impact important legal decisions can have on you or your business. At Klein, Rowell & Shall, PLLC, we will give you an honest assessment and explore innovative strategies to protect your rights and achieve your goals.

When you work with us, you can have confidence that we will remain attentive and responsive to all of your needs.

Whether you need advice on a work injury, auto accident, important business contract, or representation in an employment dispute, please call us today at (757) 432-2500 to put a skilled lawyer on your side. You may also send us an inquiry using our online form.